One of the most common queries of taxpayers is: How long before I can be sure I am safe from the IRS ? Basically, he is asking ” How long before he can consider himself safe from the IRS”? The answer to such a question can not ever be absolute, because the way Internal Revenue Code ,other Rules and procedure are laid down , one can only set general assumption about the time limit after which a person can feel safe from IRS audit. For a general assumption, one needs to study the statute of limitations on assessment and the exceptions to the general rule

What are the limitations to assess, impose Tax & penalty ?

As per IRC Section 6501, the IRS must assess additional tax and propose penalties no later than 3 years after either a tax return is filed or the return’s due date, whichever is later.If the IRS fails to assess additional tax and penalties within this 3-year period, it is timed barred from doing so. For ready reference  , the section 6501(a) of US Code 26 given below :

Except as otherwise provided in this section, the amount of any tax imposed by this title shall be assessed within 3 years after the return was filed (whether or not such return was filed on or after the date prescribed) or, if the tax is payable by stamp, at any time after such tax became due and before the expiration of 3 years after the date on which any part of such tax was paid, and no proceeding in court without assessment for the collection of such tax shall be begun after the expiration of such period. For purposes of this chapter, the term “return” means the return required to be filed by the taxpayer (and does not include a return of any person from whom the taxpayer has received an item of income, gain, loss, deduction, or credit).

Are there any exception to 3 years time Limit ?

Yes, following are the exceptions to three years time limit.

(i) Bankruptcy by taxpayer

(ii) Notice of Deficiency by the IRS

When the IRS issues a Notice of Deficiency to the taxpayer, the time limit is extended  until either

Statutory time limit is also extended during the period of any proceeding if the IRS summons records from a third-party and the taxpayer institutes a proceeding challenging the summons or intervenes in a proceeding to enforce the summons. Read how long tax records required to be maintained?

(iv) You Agreed for Extension of Limitation Date

If you and IRS signs  a Form 872 agreement within the 3-year time limit by signing  to extend the SOL to a specific date or a Form 872-A which extends the statutory time limit indefinitely. Please note that it is your option to accept or reject the request of IRS to extend the time limit.

IRS can initiate reassessment of your income under IRC 6501(e) for six years on the ground that you omitted items of income an amount exceeding 25% of the gross income that was shown on the original return, to declare in the original tax return . In other words, the statutory time limit to reassess income is six years .The relevant portion of section 6501(e) is given below for ready reference

Except as otherwise provided in subsection (c)—

(i)such amount is in excess of 25 percent of the amount of gross income stated in the return, or

(I)is attributable to one or more assets with respect to which information is required to be reported under section 6038D (or would be so required if such section were applied without regard to the dollar threshold specified in subsection (a) thereof and without regard to any exceptions provided pursuant to subsection (h)(1) thereof), and
(II)is in excess of $5,000,
the tax may be assessed, or a proceeding in court for collection of such tax may be begun without assessment, at any time within 6 years after the return was filed.

However , if taxpayer establishes that the item of omitted income was disclosed in the return – or in a statement attached to the return – in a manner adequate to put the IRS on notice as to the nature and amount of such item.

Section 6501(c)(1) of the Internal Revenue Code provides no time limit if the IRS charges that the the original tax return was filed fraudulently with the intent to evade tax. The provision is

In the case of a false or fraudulent return with the intent to evade tax, the tax may be assessed, or a proceeding in court for collection of such tax may be begun without assessment, at any time.

The burden of proving that the original return was filed fraudulently is on IRS . Please note that there is great divide among various lower courts on the issue of suspension of the three year period of limitations for assessment for fraud or false return . Some courts held that the suspension of 3 years rule applies only when the taxpayer acts with the  intent to evade tax, whereas others have held opposite.

vii. No Return Was Filed

Section 6501(c)(2) of IRC provides that where the taxpayer does not file a tax return, IRS can assess and raise tax bill at any point of time unless and until the taxpayer files a return.   The IRC 6501(c)(3) is as under :

In the case of failure to file a return, the tax may be assessed, or a proceeding in court for the collection of such tax may be begun without assessment, at any time.

If the taxpayer eventually files a late return, the 3 year SOL would apply, subject to the exceptions discussed above, and starts on the return filing date. Failure to file a return or filing a late return can have adverse consequences in bankruptcy.

As can be seen , the time upto which IRS can initiates tax audit of your tax return or initiates proceedings under IRC can vary from 3 years to infinite depending upon circumstances !

Did you read Eight Tax Return Items That May Attract IRS Audit ? 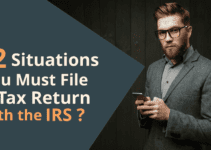 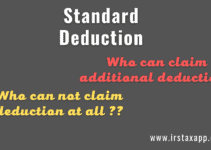