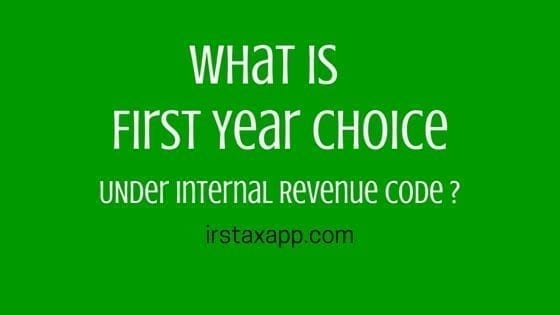 First-year choice is a great option for a nonresident alien! The tax residency law under the Internal Revenue Code ( US Code 26 ) is provided in I.R.C. § 7701(b).  A non-US citizen is called an alien. Every alien will have to take substantial presence test in order to determine if he/she is tax resident of USA . In general, a nonresident alien individual who do not meet either the Substantial Presence Test or the Green Card Test, is ordinarily not considered U.S. resident. However, by an election under IRC
§ 7701(b)(4), commonly referred to as the “First-Year Election”. however, an individual can be considered U.S. tax resident aliens for at least part of the tax year, as opposed to being considered a nonresident alien for the entire taxable year.